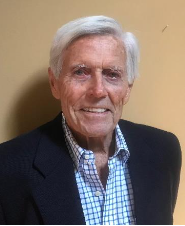 Vince was the Founder and Chairman of the Endeavor Series Trust, a group 14 mutual funds. The group of funds grew to several billion dollars over this time frame. Concurrent with these activities, Vince was CEO of Endeavor Management Company, and the Endeavor Group, the asset raising activity .

In 1999, the Endeavor Management Company and the Endeavor Group were sold to Aegon/ Transamerica. The mutual funds of the Endeavor Series Trust are still operative and are part of the group of funds available through the Landmark Variable Annuity, issued by Transamerica.

Prior to founding Endeavor Series Trust, Vince formed and developed a group of businesses and investment products. Single Premium Deferred Annuities, Real Estate Partnerships and Oil and Gas Partnerships were the major investment activities of these earlier enterprises.

Vince was a Trustee of the Children’s Hospital of Orange County (“CHOC”) for two different five-year periods. He was a long-time member of the board of directors for St. Joseph Health Systems, a non-profit holding company of ten hospitals. He has been the Vice-Chairman of the Hoag Hospital Joint Investment Committee for over ten years, until 1999. Vince also spent five years as a Director of Swift Energy Co., a listed company on the NYSE.